Is Trump Trying to Block the Nord Stream 2 Pipeline So His Ukraine Cronies Can Cash In? 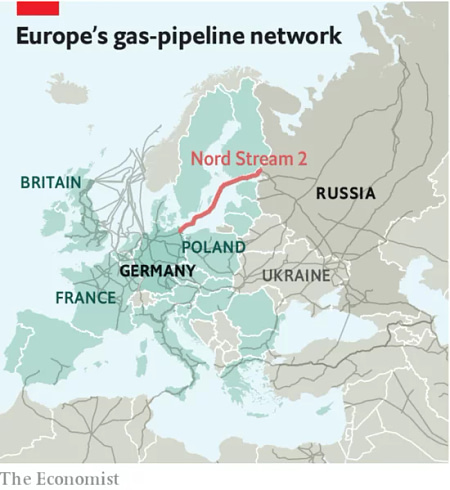 After this week's testimony in the impeachment hearings, the contours of President Donald Trump's abuse of power for personal advantage have become crystal clear. Trump violated U.S. law when he solicited the interference of a foreign power in an American election. Looking ahead to 2020, Trump demanded the new Ukrainian President Volodymyr Zelensky announce an investigation into former Vice President Joe Biden and his son Hunter, a former board member of energy company Burisma. The "favor" Trump sought also featured a backward-looking conspiracy, one which would clear Russia of 2016 election tampering by magically locating the hacked DNC server in Ukraine. And to extort the cooperation of a desperate front-line American ally fighting Russian-backed forces, Trump threatened to withhold roughly $400 million in U.S. military assistance supported by both parties in Washington. The president's scheme to put his personal gain over U.S. national security interests failed only because he got caught.
But there may be another area of Trump's Kyiv corruption in which American interests provided air cover for the skullduggery of his syndicate. It was suggested by a little-noticed July 7, 2019 headline from the UAWire, "Ukrainian President Zelensky: only Trump can stop Nord Stream 2 pipeline." As the Kyiv Post reported the next day, "Zelensky believes Trump can solve issue of Nord Stream 2 in favor of Ukraine." As the new Ukrainian president explained:

"The only solution to this issue is that I will have a meeting with the U.S. president. This is the only person who, I am sure, will resolve this issue in the interests of Ukraine."

As we'll see below, Ukrainian and American policy makers have compelling strategic reasons for opposing the new Russian pipeline that will double Moscow's capacity to deliver natural gas to markets across central and western Europe without paying transit fees to Kyiv. But stopping Nord Stream 2 in favor of American exports of liquified natural gas (LNG) to Ukraine and developing new sources there could enable some people in both countries to become very, very rich. People, that is, with names like Igor Fruman, Lev Parnas, Dmytro Firtash and others associated with President Trump's personal attorney Rudy Giuliani and his Energy Secretary Rick Perry.
Continue reading at Daily Kos.