The Most Important Issue for Democrats in 2020? The Courts 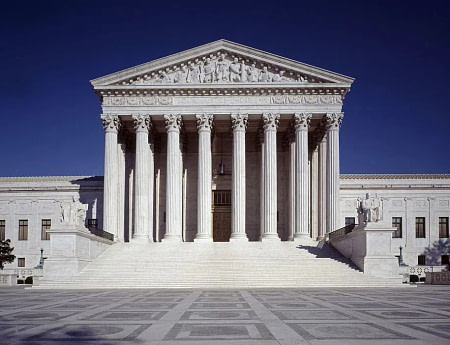 As the 2020 election season heats up, voters' priorities are coming into sharper focus. As in years past, there is a great divergence in what each party ranks as its top issues. Earlier this year, the Pew Research Center found that Republicans identify terrorism, the economy, Social Security, immigration, and the military as their five greatest concerns. Democrats prioritize health care, education, the environment, Medicare, and the poor and needy above all. According to a Gallup poll in April, Democrats responded that addressing "government/poor leadership" was Job #1, while GOP backers said immigration was the nation's most important problem.
Nevertheless, that doesn't mean there is unanimity across the Democratic base about either what to do or how to get it done. An April survey by Morning Consult, for example, revealed that Biden supporters put "seniors' issues" atop their concerns, while health care rated first for backers of Sens. Bernie Sanders and Elizabeth Warren. And to be sure, the increasingly heated debates over the meaning and wisdom of policy proposals including "Medicare for All," the "Green New Deal," free college education and "decriminalization" of the border are producing sharp cleavages among Democratic Party activists. The result on Facebook, Twitter, and across social media is a war of words between the #BlueNoMatterWho crowd and those threatening to withhold their votes in November 2020 from any Democratic nominee they deem too "corporate" or "establishment."
But while the party's most energized supporters do battle over, say, the elimination of private health insurance or taking contributions from fossil fuel companies, Democrats may be missing the forest for the trees. That's because in 2020, the single-most important domestic issue facing Democrats is the make-up of the federal courts. For all intents and purposes, nothing else comes close. If Donald Trump's extreme makeover of U.S. district courts, appellate courts, and the Supreme Court is not halted and reversed, it won't just be women's reproductive rights and marriage equality facing immediate jeopardy. As recent decisions from Roberts Court and trends in conservative jurisprudence at all levels of the federal judiciary increasingly make clear, the entire legal framework for post-New Deal government in America is facing an existential threat.
To understand why, it's essential to first grasp the magnitude of the conservative victory in its conquest of the judicial branch. The GOP's multi-decade, multi-pronged strategy has delivered a production line of right-wing jurists recruited and groomed by the Federalist Society and other conservative organizations, all ready to be slotted into the seats left vacant by the Republicans' unprecedented obstruction of Democratic presidents.
Continue reading at Daily Kos.