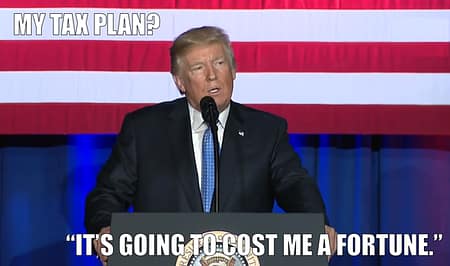 When House Ways and Means Committee Chairman Richard Neal of Massachusetts demanded the Internal Revenue Service turn over six years of Donald Trump's tax returns to his committee, he was doing so with the law fully on his side. As past Treasury Secretary Lawrence Summers, former Joint Committee on Taxation chief of staff Edward Kleinbard, and a host of others explained this week, Title 26, Section 6103 of the Internal Revenue Code is unambiguously clear that the IRS "shall furnish" any returns the chairman requests for the committee's confidential review. Neither the result of the 2016 election nor the tough talk of acting Trump chief of staff Mick Mulvaney that "Democrats will never see the president's tax returns" is relevant here. And, as Summers emphasized, long-standing department delegation rules should prevent Treasury Secretary Stephen Mnuchin from blocking IRS Commissioner Charles Rettig's delivery of the returns to Neal.
That said, making Donald Trump's tax returns public is another matter altogether. As Kleinbard noted:

The only thorny legal question arises if the full Ways and Means Committee, after debate and a vote in executive session, were to authorize the dissemination of Trump's tax return into the public record of the House of Representatives. The tax law expressly permits this second step, but the scope of the committee's authority here requires a separate legal analysis -- a point missed by many commentators.

"Forwarding tax information to the whole House should require more substantial justification from the chairman," Kleinbard points out, "than [Neal] needed to request Trump's tax information initially." But Republicans already set the precedent five years ago when they released the returns of 50 "social welfare" organizations supposedly targeted by the IRS. (The mythical "IRS bias scandal" evaporated in October 2017 when an inspector general's report revealed that during a 10-year span, the agency had applied similar scrutiny to nonprofits across the political spectrum.) Regardless, there's little doubt that the House Ways and Means Committee, as Chairman Neal wrote, "has a responsibility to conduct oversight of our voluntary Federal tax system and determine how Americans - including those elected to our highest office - are complying with those laws."
But in the case of Donald Trump, just as important as determining whether the president of the United States is breaking the law is understanding how he benefits even when he follows it. After all, President Trump wasn't merely lying when he repeatedly promised his 2017 tax law would "cost me a fortune." As it turns out, the $400 billion, eight-year tax-cut windfall for so-called pass-through businesses will doubtless pass through hundreds of millions of dollars to his own businesses.
Continue reading at Daily Kos.