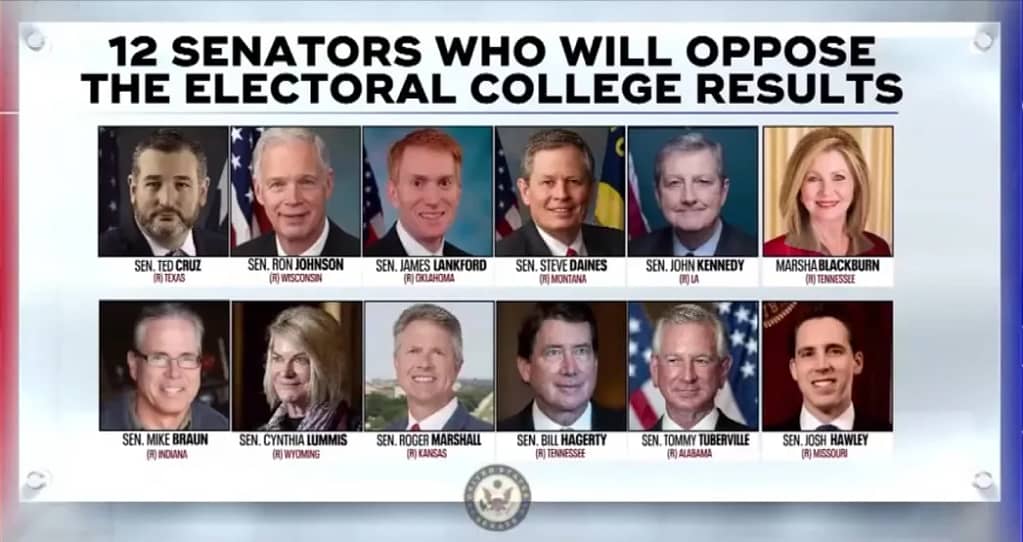 History will record that on January 6, 2021, the President of the United States, 140 Republican House members and a dozen GOP Senators sought to overturn the results of the free and fair vote of the American people. But how these Republicans would seek to deny the will of the voters and trigger a failed insurrection in the Capitol—through the propagation and perpetuation of a disgusting lie—should have been clear years ago.

A now forgotten January 2010 exchange between President Barack Obama and House GOP leaders perfectly foreshadowed everything that has come to pass since Democrat Joe Biden defeated Donald Trump in November. Among Obama’s many supposed sins raised during the unique questions and answer session, Rep. Jeb Hensarling (R-TX) lectured the 44th President, “what were the old annual deficits under Republicans have now become the monthly deficits under Democrats.” President Obama was having none of it, and rightly pointed out that the $1.3 trillion dollar budget deficit for fiscal year 2009 was what the CBO forecast he had inherited from President Bush. As Obama put it:

Now, look, let's talk about the budget once again, because I'll go through it with you line by line. The fact of the matter is, is that when we came into office, the deficit was $1.3 trillion. -- $1.3 [trillion.]  So when you say that suddenly I've got a monthly budget that is higher than the -- a monthly deficit that's higher than the annual deficit left by the Republicans, that's factually just not true, and you know it's not true.

Fast-forward to today’s attempt Team Trump occupation of the United States Capitol to disrupt Congressional sign-off on the Electoral College victory of President-elect Joe Biden. The bogus claims of Donald Trump, Senators Ted Cruz (R-TX) and Josh Hawley (R-MO) about vote “fraud” and “irregularities” and a “stolen” election are just that—bogus. Their message is not true, and they know it’s not true. 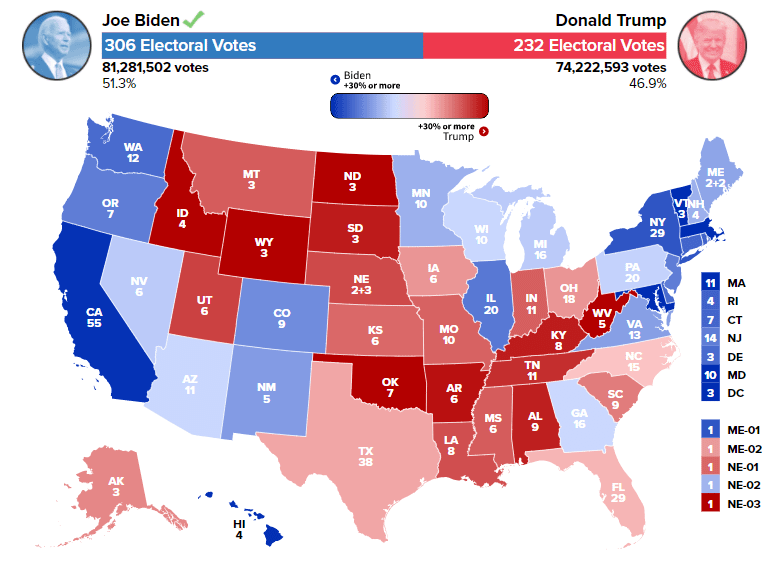 Consider the staggering array of thoroughly debunked election fraud charges made by Trump and his enablers. Mail-in voting, long the fraud-free, high-turnout practice in states like Oregon and Washington, is safe and secure. American voting systems were not comprised. There were no dead voters in Michigan or more ballots than voters in Detroit. At no time there or in Milwaukee, Pittsburgh. Philadelphia, Atlanta or anywhere else were Republican election observers prevented in any way from watching the vote tally. Voting machines from Dominion and Smartmatic did not delete Trump votes or switch them to Joe Biden. There were no mystery ballots clandestinely brought in via “suitcases” to Georgia vote counters, but only the same containers used in every election. Supposed “ballot dumps” and “vote spikes” hours after the polls close aren’t not suspicious; in 2020 as in previous years they merely reflect when large urban vote centers reported their counts. And no, it’s not the case that Joe Biden couldn’t have won because there were only 140 million total votes and Donald Trump got 74 million of them.

That complete absence of credible, verified vote fraud is why every review of election integrity has rejected the long list of allegations as baseless. Over 60 courts and 90 judges slapped down every Team Trump lawsuit. The New York Times contacted voting officials in all 50 states; none reported irregularities. Former cybersecurity czar Chris Krebs and ex-Attorney General Bill Barr each refuted President Trump’s unfounded charges, truth-telling which led each to lose his job. It’s enough to almost make you feel sorry for Trump water carrier Lou Dobbs who lamented this week:

“We’re eight weeks from the election, and we still don’t have verifiable, tangible support for the crimes that everyone knows were committed.”

(Ironically, the only proven attempt at vote rigging comes from President Trump himself in his phone call last weekend with Georgia Secretary of State Brad Raffensperger. Asking him to “recalculate” the results in the Peach State because “I just want to find 11,780 votes.”)

Now, none of these accusations of election fraud are true. And the likes of Donald Trump, Mike Pence, Ted Cruz, Kevin McCarthy (R-CA) and Louie Gohmert (R-TX) know they’re not true. The same probably can’t be said for the 77% of Republicans who mistakenly believe there was widespread election fraud in the November election.

Whether the GOP man on the street (or holed up in Nancy Pelosi’s office) is merely mistaken, sadly misled or simply ignorant, there is still no excuse for their error. When it comes to Trump’s defeat, the idea of Occam’s Razor—that the simplest explanation is the best one—still applies. And that means you don’t have to believe North Koreans agents wading ashore in Maine clandestinely brought in hundreds of thousands of bogus ballots or that anchor babies spawned from a still-living John F. Kennedy Jr. swarmed across the Rio Grande to steal the election.

No, some basic math and a quick look back at recent history and some circumstances unique to each state are all you need to understand why Joe Biden beat Donald Trump by 7 million votes and a 306-232 margin in the Electoral College.

The truth is simply this. Even with the COVID pandemic that sickened millions and killed hundreds of thousands of Americans, the 2020 Election looked a lot like the 2016 Election:

Overall voting patterns tend to change very little from election to election. For all the drama and turbulence of this one, the correlation between counties’ vote margins for Mr. Trump in 2016 and 2020 was 0.99 — which is typical of recent successive elections with the same candidate on the ballot.

Put another way, only 7 percent of counties (weighted by their vote) swung more than 10 points in either direction between 2016 and 2020.

But there a few important differences that made all the difference. For starters, turnout was much higher. According to the United States Election Project, at 66.7 percent turnout among the voting-eligible population in 2020 was much higher than the 2016 level of 60 percent. Combined with the absence of major third-party candidates, the larger number of votes overall explains how Joe Biden received 81,281,502 votes (51.3%) to 74,222,593 votes (46.9%) for Donald Trump. (For more background and the state-by-state background, see this excellent interactive analysis by the Cook Political Report.)

As to why Biden succeeded where Hillary Clinton failed, the explanation is pretty straight-forward. Even though Trump actually did slightly better in most cities in Wisconsin, Michigan and Pennsylvania, Biden consistently outperformed Clinton in key suburban counties in all three states. Those dynamics were sufficient for Biden’s margins of 155,000 votes in Michigan (a 3% margin swing from 2016), 71,000 in Pennsylvania (a 1.9% swing) and 20,000 votes (a 1.4% swing). (You can use these handy New York Times maps to see the county level detail for each state in both 2020 and 2016.)

In other key states, the dynamics were different. President Trump improved his performance among Hispanics (largely Cuban-American voters) in Florida and especially in south Texas. But in the southwest, strong turnout and continued Democratic strength among Hispanic voters kept Nevada blue and flipped Arizona. (That Clinton almost won Arizona four years ago and that the state now has two Democratic Senators tells you all you need to know about the shift already underway in the home of Barry Goldwater and John McCain.) After knife-edge defeats in recent races for Senator and Governor, Democrats finally turned the tables in Georgia. The state’s fast growth, changing demographics and, most of all, decade-long vote expansion effort led by Stacey Abrams enabled Joe Biden, Raphael Warnock and Jon Ossoff to eke out victories there.

Which brings us to a final consideration, one which made Trump supporters apoplectic: the timing and composition of vote results. Both Ohio and Florida made the decision to begin counting mail-in ballots as soon as the polls closed. The result was that Trump pulled away in both the Buckeye State and the Sunshine State as precincts reported all the ballots they had received. But in Pennsylvania, GOP legislators insisted that mail-in ballots could not be tabulated until after Election Day’s in-person votes had been counted. That’s why Biden was able to overcome Trump’s huge Election Night lead in the Keystone State. Biden not only reaped huge gains from heavily Democratic cities like Pittsburgh (Allegheny County) and Philadelphia. Because Trump had discouraged his own supporters from voting by mail, Biden won the late votes in many counties the Republican actually won. (The Philadelphia Inquirer and New York Times have helpful explainers.) Democrats requested 63 percent of absentee ballots in Pennsylvania, Biden ultimately won these by 996,000 to 246,000 for Trump.

In Michigan and Wisconsin, the dynamics were much the same as Pennsylvania, but with one critical difference. Larger urban centers like Detroit, Milwaukee and Madison aggregate their citywide precinct vote at central vote centers. That explains the late reporting from these cities which, unlike in 2016, was enough for the Democratic candidate to carry the states. But unlike in Pennsylvania, both Michigan and Wisconsin automatically sent absentee ballot request forms to all registered voters.

Higher turnout, changing demographics and the timing of vote reporting account for Donald Trump’s defeat in 2020. And that’s it. There was no voter fraud or rigged election. Today as for the past two months, Donald Trump was misleading the American people when he declared “a sacred landslide victory” was “so unceremoniously & viciously stripped away.”