"Equal Sovereignty" of the States in the Age of Trump 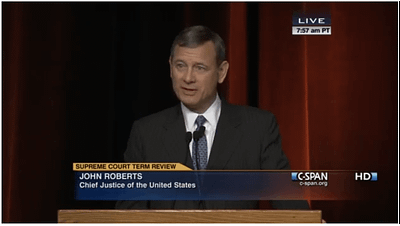 Less than a week into the new year, the Trump administration kicked off 2018 with one of the most cynical and craven acts of political favoritism in recent American history. On January 4, Interior Secretary Ryan Zinke unveiled the Draft Five Year Outer Continental Shelf Oil and Gas Leasing Program. That massive gift to Donald Trump's backers in the oil and gas industry would open virtually the entire coastal United States to energy exploration and drilling. Then just five days later, Zinke delivered another reward for loyalty, this time to Florida Republican Gov. Rick Scott. The Sunshine State, home to 29 electoral votes, Trump's Mar-a-Lago resort, and Scott's likely 2018 Senate bid, would get an exemption from the unpopular drilling expansion.
Zinke made no secret as to the reason why Florida was to be so blessed. "The governor," Zinke admitted. "You have a tremendous governor that is straightforward, easy to work for, says exactly what he means. And I can tell you Florida is well-served." Of course, his official statement tried to provide the thin veneer of a reasonable rationale for the administration's naked partisanship:

"I support the governor's position that Florida is unique and its coasts are heavily reliant on tourism as an economic driver (so) I am removing Florida from consideration for any new oil and gas platforms."

Needless to say, other coastal states--most of them governed by Democrats--were having none of it. Democratic Rep. Adam Schiff noted that California "like Florida, has hundreds of miles of beautiful coastline and a governor who wants to keep it that way. Or is that not enough for blue states?" His Golden State colleague Ted Lieu warned that Zinke's Tallahassee Take-Back "violates the legal standard of arbitrary and capricious agency action." And as CBS News reported, that's not the only reason the Trump's Panhandle Payoff might violate federal law:

Sen. Maria Cantwell of Washington state said Interior Secretary Ryan Zinke's decision to give Florida a last-minute exemption while ignoring at least 10 other states that made similar requests may violate requirements of the Outer Continental Shelf Lands Act, which governs drilling in U.S. coastal waters.

But you don't have to take the word of these Democrats that something's rotten in the state of Florida when it comes to Trump's coastal drilling policy. Just ask Supreme Court Chief Justice John Roberts. After all, in his 2013 opinion striking down sections of the Voting Rights Act, Roberts invented a novel theory of "equal sovereignty" prohibiting "disparate treatment of states." And as the President and his Republican allies in Congress seek new ways to punish blue states while rewarding red ones, Ruth Bader-Ginsburg's warning that Roberts' fictional constitutional construct "is capable of much mischief" may come to pass in ways neither anticipated.
Continue reading at Daily Kos.