Fund the Wall or We Kill the Economy: GOP Debt Ceiling Extortion Returns 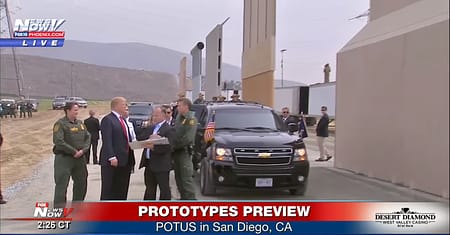 "Both sides do it" may well be the most dangerous and deceitful phrase in U.S. politics. The lazy analyst's substitute for actual journalism doesn't merely misdiagnose what plagues the American body politic, but fails to correctly identify the source of the disease. As Thomas Mann and Norman Ornstein put it in their 2012 book, It's Even Worse Than It Looks: "Let's just say it: The Republicans are the problem."

The facts don't lie. During the Obama presidency, the GOP threatened to shut down the government over spending levels and did shutter it in a failed attempt to repeal Obamacare. Senate Republicans easily shattered the records for filibustering legislation, blocking executive branch nominees and preventing judicial confirmations. White House appointees were filibustered at 10 times the rate they had been under George W. Bush. District and appeals court judges had to wait three times longer for confirmation. In his first two years, Obama's picks for the federal bench were confirmed at only about half the rate of his Republican predecessor's. As Texas GOP Senator John Cornyn put it in 2013, "There is a 60-vote threshold for every nomination." (Then-Senate Majority Leader Harry Reid had little choice but to go "nuclear" over non-Supreme Court nominations.) After the death of Justice Antonin Scalia in early 2016, Majority Leader Mitch McConnell refused to even give Obama nominee Merrick Garland a hearing. When McConnell boasted that that was "the most consequential decision I've ever made in my entire public career," he was proudly confirming that Republicans had turned the unprecedented into the new normal.

But of all the arrows in the ever-expanding quiver of Republican obstructionism and extortion, none is as potentially destructive as the GOP's debt-ceiling hostage-taking. For decades before the arrival of the new Republican House majority eight years ago, raising Uncle Sam's borrowing authority was routine for both parties. But for the first time, in 2011, one party had both the intent and the votes to prevent the federal government from paying the bills it had already run up. Unless it got its way on the budget, the GOP was prepared to trigger a sovereign default by the United States, and thus unleash a global economic cataclysm. While Tea Party Republicans ultimately did not shoot their hostage in 2011 or 2013, they nevertheless succeeded in lowering America's credit rating, undermining consumer confidence and stalling U.S. job creation.

Now the Republican blackmailers are back, not to extort spending cuts, but this time to demand funding for Donald Trump's idiotic, unnecessary, and unpopular border wall. Led by South Carolina Senator Lindsey Graham, their message is clear: Give the President the money he wants for the wall, or the economy gets it.