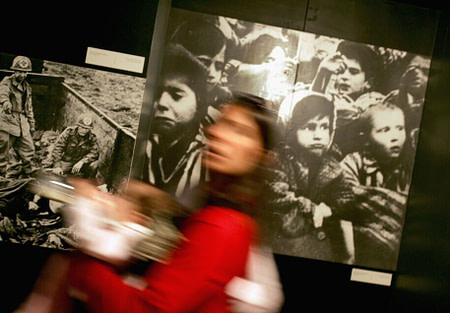 It was a tough week for supporters of Donald Trump's draconian policy of separating the families of undocumented immigrants at the border. (Those supporters are overwhelmingly Republican: a Quinnipiac University poll showed only 27 percent of all respondents--but 55 percent of GOP backers--endorse the practice.) It began when former CIA and NSA chief Gen. Michael Hayden posted an image of Auschwitz and remarked simply, "Other governments have separated mothers and children." By Monday, the clashing sound bites vomited forth by the president and his DHS Secretary Kirstjen Nielsen reduced the administration's defense to something like this:

We are not separating families. Period. Except when we are, which is both Democrats' fault and essential policy.

The United Nations was unimpressed. Having already declared the family separation policy a violation of international law, the UN's High Commissioner for Refugees labeled Trump's initiative "government-sanctioned child abuse." By Tuesday, Trump was back on Twitter defending taking more than 2,000 children from their parents (many of them asylum seekers), while warning of the "animals" who will "infest our Country," language which Bill Kristol noted "probably sounds better in the original German."

By Wednesday, when Trump signed his scam masquerading as an executive order, some of the conservatives' best and brightest had enough of the backlash. "Comparisons to Auschwitz are ludicrous and offensive," Daniella Greenbaum protested, because they "will only serve to highlight how Trump and his policies are not quite as bad as they could be." Ben Shapiro, the former Breitbart propagandist the New York Times elevated as a "provocative 'gladiator'" for young conservatives, complained that "Nazi has become a stand-in for 'thing I don't like.' And that means that everything you don't like becomes 'Nazi policy.'"

Yet that's just what many Leftists are arguing: that their opponents are Nazis, but that they have no moral duty beyond shouting "Nazi!" That's because they don't believe their opponents are Nazis. They just think they win political battles by shouting about Nazis. All of which leads to more reactionary politics and greater polarization - all of which truly is dangerous.

Now that's some tough talk, especially coming as it does from the same Ben Shapiro who called Democrats and the Obama White House "anti-Semitic,"and branded Obama's a "borderline a Jew-hating administration." Not to content to rest there, in 2010 Shapiro singled out Rahm Emanuel--one of the Jewish members of the Obama White House--for special treatment. "Emanuel," he said, "is a kapo." And how does the United States Holocaust Memorial Museum define a "kapo?"

As it turns out, Shapiro has plenty of company among the leading lights of the conservative movement, the right-wing media, and the Republican Party in casually trafficking in Holocaust analogies. From health care, taxes, and the national debt to public education, abortion, gun control, and now terrorism, Republicans in Washington, D.C., and around the country have for years been routinely comparing everything they hate to the Holocaust.
Continue reading at Daily Kos.