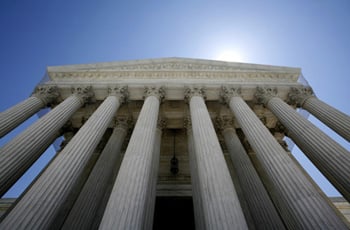 The Supreme Court on Tuesday will hold oral arguments in two cases (Sebelius v. Hobby Lobby Stores, Inc. and Conestoga Wood Specialties Corp. v. Sebelius) challenging the Affordable Care Act's requirement that insurance plans cover contraception. But with the Court's precedents and the legislative history of the Religious Freedom Restoration Act (RFRA) seemingly in the Obama administration's corner, Hobby Lobby's owners David and Barbara Green instead turned to Pastor Rick Warren and Bill Clinton inquisitor Ken Starr to make the case for their religious liberty--if not yours.
At the heart of the cases, TPM explained, is the 1993 RFRA law stating the government may not "substantially burden" a person's exercise of religion unless it demonstrates a "compelling governmental interest" and employs the "least restrictive means" of furthering that interest. (When over 11 million women between the ages of 15 and 44 use oral contraception--58 percent of them for health reasons other than family planning--the government's interest would seem compelling indeed.) And when the Greens were contacted by the Becket Fund for Religious Liberty to sue the federal government over contraception coverage in Obamacare insurance plans (coverage which, ironically, Hobby Lobby was already providing), the Southern Baptist couple jumped at the chance.
As did mega-church, mega millionaire Pastor Rick Warren. Warren, who in the past has taken to Twitter to support Chick-fil-A and claim that teaching evolution caused a mass shooting in Colorado, took to the pages of the Washington Post Sunday to declare "If the contraceptive mandate passes, it will ruin a core U.S. ideology." As for Hobby Lobby:

David and Barbara Green are one example of a purpose-driven family leading a purpose-driven business. From the time the Greens started Hobby Lobby in their garage, building picture frames with their sons, they committed themselves and their company to one simple purpose: "Honoring the Lord in all we do by operating our company in a manner consistent with biblical principles."
Hobby Lobby has grown into a multibillion-dollar business with more than 550 stores and nearly 16,000 full-time employees. David Green has written, "We had faith that we would succeed if we lived and worked according to God's Word"...
Every year, Hobby Lobby gives a portion of its profits to charities, educational institutions, community ministries and churches around the world. My own congregation was a surprise beneficiary of the Greens' generosity a few years ago, and that is how I first met this amazing family.

As it turns out, Pastor Warren hasn't been the only high-profile recipient of the Greens' largesse. Baylor University President Ken Starr wrote in USA Today that "Obamacare shackles religious freedom." Starr didn't mention any Supreme Court precedent to bolster his case. And, as Media Matters explained, that's not all Starr failed to mention. Baylor's own alumni magazine touted the close relationship between Hobby Lobby and Starr's university:

Over the past few years, the Green family has become involved with the university through Baylor's Institute for Studies of Religion (ISR) and the Green Scholars Initiative (GSI). A partnership with the family has established Baylor as a major research partner and an academic home for the GSI's primary undergraduate program. Baylor plays a leadership role in providing undergraduate and graduate coursework and research.

Among the research Ken Starr could have done was to flip through USA Today itself, in which the idea that the Plan B "morning after pill" (one of the four methods to be covered the Greens oppose) causes abortion was rejected. But those kinds of pesky facts miss the larger point. The Supreme Court, including the Roberts Court in general and Antonin Scalia in particular, has a long paper trail which should make Hobby Lobby's case a dubious one.
Three years before the passage of RFRA, Justice Scalia in the Oregon peyote case (Employment Division v. Smith) described the Pandora's Box which would be opened should the likes of Hobby Lobby emerge victorious:

"[T]he right of free exercise does not relieve an individual of the obligation to comply with a valid and neutral law of general applicability," Scalia wrote in the 6-3 majority decision, going on to aggressively argue that such exemptions could be a slippery slope to lawlessness.
"The rule respondents favor would open the prospect of constitutionally required religious exemptions from civic obligations of almost every conceivable kind," he wrote, "ranging from compulsory military service, to the payment of taxes, to health and safety regulation such as manslaughter and child neglect laws, compulsory vaccination laws, drug laws, and traffic laws; to social welfare legislation such as minimum wage laws, child labor laws, animal cruelty laws, environmental protection laws, and laws providing for equality of opportunity for the races."

And on the topic of payment of taxes, the Court spoke clearly in 1981. In United States v. Lee, the Court ruled that Edwin Lee's Amish workshop had to pay payroll taxes despite his faith's doctrinal opposition to Social Security. As Garrett Epps detailed last month:

Having found a burden on Lee's free exercise, the Court then went on to hold unanimously that "the broad public interest in maintaining a sound tax system is of such a high order, religious belief in conflict with the payment of taxes affords no basis for resisting the law." In addition, exempting objectors from paying employees' payroll tax would "impose the employer's religious faith on the employees."
In other words, the Court acknowledged that Lee had a sincere belief and the tax made him violate it. But he still lost because the government had what we'd call today a "compelling interest" in the Social Security system. "When followers of a particular sect enter into commercial activity as a matter of choice," the Court's unanimous opinion said, "the limits they accept on their own conduct as a matter of conscience and faith are not to be superimposed on the statutory schemes that are binding on others in that activity."

Lee and those like him ultimately won a victory, but not because of the passage of the Religious Freedom Restoration Act in 1993. In 1994, Congress amended the Social Security laws to exempt any employer or partnership consisting of members of any "recognized religious sect" that is "conscientiously opposed to acceptance of the benefits of any private or public insurance" from paying payroll taxes for any employee "who is also a member of such a sect."
Of course, the Roberts' Court could simply ignore precedent, as they have repeatedly done in the past. Alternately, Justice Scalia and his allies could argue that RFRA-despite the claims of its authors--was written for the likes of for-profit corporations like Hobby Lobby and non-profits like Conestoga. But if they do, they will not only have redefined "corporate personhood" to selectively take into account the beliefs of the owners. The Court will also have unleashed a Hobbesian dystopia where each person is the law unto him or herself. And the results--the atheist ER doctor who refuses to treat Catholic clergy, the evangelical business owner who denies paid maternal leave to single mothers, the Baptist who won't provide spousal benefits to same-sex couples--are too terrifying to contemplate.
Too terrifying, that is, for most people. But for the Green family and their friends Ken Starr and Rick Warren, that chaos will be just fine. Until, that is, they are on the receiving end of it.