I'm a Billionaire and I'm Running for President 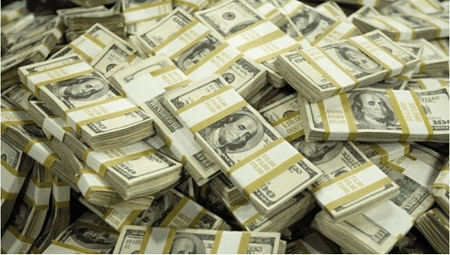 "[He] doesn't have to do the hard work of building a mass movement or representing a genuine constituency to get attention in our politics, because the media uses ability to spend money as a proxy for seriousness of campaign. And when the media bestows seriousness on a candidate, the public follows along."

And the message from the American public has been received loud and clear. I have heard the pleas from the two-thirds of American voters who agree that our two-party system is broken. It's time for a centrist candidate not affiliated with either party to be president.
As your Centrist Independent president, I will be crystal clear about what I will not do. From climate change, education, health care, and an aging population to a dealing with our Chinese competitors, a resurgent Russia, and new "commanding heights" technologies like quantum computing, artificial intelligence, and a rapid transition to sustainable energy, I promise a policy of strategic ambiguity. Americans and foreigners alike can rest assured that I will deploy my keen intellect, breakthrough business practices, and proven nose for talent to bring everyone to the table. Ours will be an America that is more nimble, more advanced, and driven by innovative new ideas. And what does that mean for, say, my tax policy or budget reforms? As I've explained before:

"I think it's kind of interesting for the groups to try and score it, because frankly it can't be scored, because those kinds of details will have to be worked out with Congress, and we have a wide array of options."

But if my policies can't be scored, I can be trusted. Trusted, because I'm a billionaire business titan. Trusted, because when push comes to shove, I have the experience, the judgment, and the skill to make the tough calls. Tough calls like using both nutmeg and cayenne pepper in the bold and refreshing Yuranium Bayou Blitz. Trusted by the millions of Americans who I see in my Yuranium stores. Not red Americans or blue Americans, but Americans of every religion, sexual preference, ethnicity, national origin, and race.
Or so people tell me. Because I honestly don't see color.
Yuranium is a registered trademark and Get Your Glow On with Yuranium is a trademark of Yuranium, Inc.
This piece originally appeared at Daily Kos.