McCain Blames Obama for Afghanistan War He Declared Won in 2003

Three weeks after he expanded the role of U.S. forces in Afghanistan, President Obama on Wednesday he would maintain troops levels at 8,400 for the duration of his term. But to make sure the previously planned reduction to 5,500 did not take place, Senators John McCain (R-AZ) and Lindsey Graham (R-SC) launched their own preemptive strikes against Obama in the run-up to today's announcement. But just days after declaring "Barack Obama is directly responsible" for the slaughter at an Orlando night club, McCain told a Pakistani television network that he blames President Obama for the deteriorating security situation in Afghanistan.
But if John McCain really wants to point fingers, he should look in the mirror. After all, it wasn't just that McCain was perhaps the most ardent supporter for redirecting U.S. military and intelligence assets from Afghanistan to the calamitous--and unnecessary--invasion of Iraq. As it turns out, by mid-2003 McCain was already declaring the war in Afghanistan won. 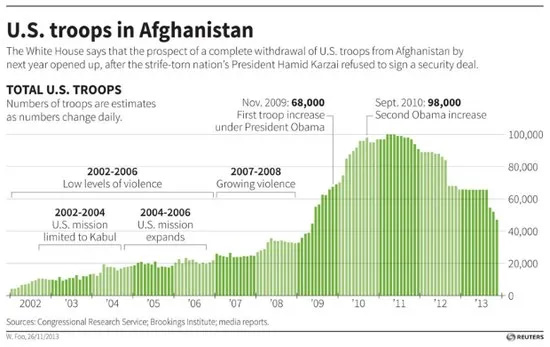 As ThinkProgress helpfully recalled, John McCain suffered from repeated bouts of premature emancipation starting in the spring of 2003:

"Nobody in Afghanistan threatens the United States of America." [Hannity & Colmes, 4/10/03]

"The facts on the ground are we went to Afghanistan and we prevailed there." [Wolf Blitzer Reports, 4/1/04]

"Could I add, it was in Afghanistan, as well, there were many people who predicted that Afghanistan would not be a success. So far, it's a remarkable success." [CNN, 3/2/05]

Now in McCain's revisionist history, the fight against Al Qaeda and the Taliban magically un-succeeded in the intervening decade. And somehow, it's all America's fault under Barack Obama:

"I don't blame Ashraf Ghani. I blame the United States of America for not consolidating the gains that we made. And this president has this idea for the last eight years that if we pull out of conflicts, those conflicts end."

Of course, it was President Obama who tripled the U.S. troop commitment in Afghanistan after President Bush's war on the cheap let Osama Bin Laden escape from Tora Bora in December 2001 and his war in Iraq left the effort to aid the Karzai government in Kabul starved of men and resources. But the Maverick claimed as early November 2003 that diverting troops, equipment and intelligence assets to Iraq did not pose a threat to the fight against Al Qaeda and its Taliban allies:

"I think Afghanistan is dicey...but I believe that if Karzai can make the progress that he is making, that in the long term we may muddle through in Afghanistan."

Presidential candidate McCain was still wrong almost five years later when he declared in April 2008 that "Afghanistan is not in trouble because of our diversion to Iraq." In sharp contrast, from almost the inception of his campaign Senator Barack Obama argued that the redirection of U.S. military assets from Afghanistan to Iraq meant that "the people who were responsible for murdering 3,000 Americans on 9/11 have not been brought to justice." In a June 2008 speech, Obama highlighted McCain's denial of this inescapable point:

"We had al Qaeda and the Taliban on the run back in 2002. But then we diverted military, intelligence, financial, and diplomatic resources to Iraq. And yet Senator McCain has said as recently as this April that, 'Afghanistan is not in trouble because of our diversion to Iraq.' I think that just shows a dangerous misjudgment of the facts, and a stubborn determination to ignore the need to finish the fight in Afghanistan."

But you didn't have to take candidate Obama's word for it. You just needed to listen to Admiral Michael Mullen, at that time Chairman of the Joint Chiefs of Staff under President Bush. On the very day in July 2008 that 2,200 U.S Marines learned their tours in Afghanistan will be extended by 30 days, Mullen told reporters that the United States could only deploy more forces there by first drawing down from Iraq:

"I don't have troops I can reach for, brigades I can reach, to send into Afghanistan until I have a reduced requirement in Iraq. Afghanistan has been and remains an economy-of-force campaign, which by definition means we need more forces there."

General David McKiernan, Stanley McChrystal's predecessor on the ground in Afghanistan, agreed with Mullen that the situation along the Pakistan frontier was "precarious and urgent." As McKiernan himself made clear, the only "way" was to get the troops from Iraq:

Finding those particular troops to supplement the 101st, however, depends on conditions and troop levels in Iraq, adds McKiernan, who took over the NATO command in June. "That's really a zero-sum decision."

Meanwhile, candidate Barack Obama wasn't just promising to ramp up the American effort in Afghanistan. He pledged that "if Pakistan cannot or will not act, we will take out high-level terrorist targets like bin Laden if we have them in our sights." In response to his call for unilateral U.S. strikes against Al Qaeda targets inside Pakistan, Obama received only derision from GOP leaders, including President Bush and his 2008 and 2012 Republican opponents for the White House. As John McCain asked American voters at the time:

"Will we risk the confused leadership of an inexperienced candidate who once suggested invading our ally, Pakistan?" 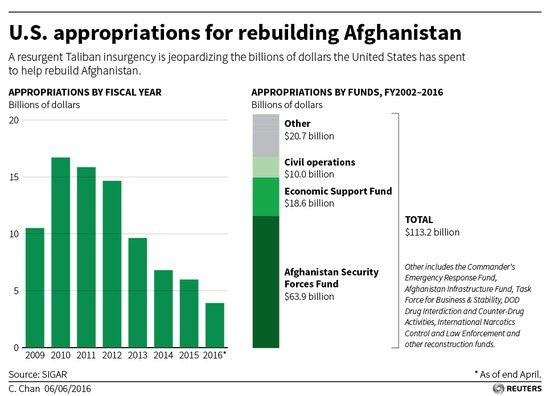 Mercifully, voter wisely chose the candidate who would make good on his promise to capture of kill Osama Bin Laden and other Al Qaeda leaders then finding a safe haven in Pakistan. As for John McCain, he was the guy who boasted "I know how to win wars" and repeatedly pledged he would "follow Osama Bin Laden to the gates of hell." Unless, of course, hell was in Pakistan.

As Obama prepares to exit the stage, the way forward in Afghanistan remains treacherous and unclear. Despite the massive increases in U.S. troop strength and resources, Afghanistan's unforgiving geography, complex ethnic and tribal tensions, historical weak central government and foreign meddling make the prospects for American "success" difficult under any scenario. That President Ashraf Ghani has a chance to prevent Afghanistan from completely collapsing into a failed state is in no part due to the counsel of John McCain. After all, as Osama Bin Laden and hundreds of Al Qaeda fighters were escaping Tora Bora to fight another day, John McCain was aboard the aircraft carrier USS Theodore Roosevelt. His message in January 2002?