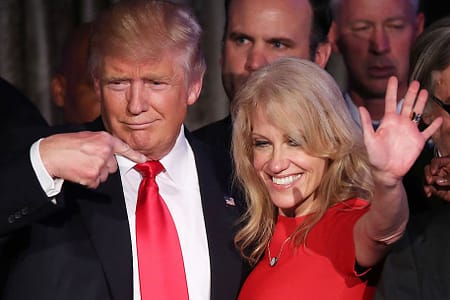 Writers, bloggers, commenters, and pundits nearly exhausted the dictionary in the runup to the president's July 4th Trumpapalooza™. With his tanks, parades, flyovers, and personal address, Donald Trump's appropriation of America's Independence Day rightly earned descriptions ranging from inappropriate, disgusting, and self-serving to grotesque, Orwellian, and masturbatory. But word that the Republican National Committee was distributing special reserved-seat tickets to GOP megadonors and VIPs to a taxpayer-funded event produced a qualitatively different reaction. As conservative columnist and Never-Trumper Jennifer Rubin put it, "This is the mother of all Hatch Act violations."
Writing in Slate, legal analyst Dahlia Lithwick offered a primer on what types of July Fourth hijinks could indeed constitute violations of the Hatch Act, the 1939 law "that bars virtually all federal employees from engaging in partisan political activities." But whatever Hatch Act transgressions may have emerged from Donald Trump's autodeification in D.C. last Thursday, one thing is certain: Trump's right-wing media enablers and Republican allies on Capitol Hill will defiantly brush them under the rug. As the record-setting Hatch Act lawlessness of Trump counselor Kellyanne Conway shows, today's Republicans have no problem with politicizing the operations of the federal government and politicizing crime itself.
As University of New Mexico professor Jason Scott Smith explained this week, the good government legislation pursued by Senator Carl Hatch sought to prevent possible partisan political abuses by a Democratic president. While fascist regimes in Mussolini's Italy and Hitler's Germany were turning government programs into massive propaganda operations to cement the dictators' personal power, Hatch wanted to forestall the New Deal's Works Progress Administration from doing the same in the United States. While congressional investigations in the 1930s found that attempts to coerce WPA workers were rare and ineffective, concerns lingered about the potential for "politics in relief." Writes Smith, "As a result, section 9(a) of Hatch's proposed law declared, 'No officer or employee in the executive branch of the Federal Government, or any agency or department thereof, shall take any active part in political management or in political campaigns.'"
Sixty years later, taking "active part in political management or in political campaigns" is precisely what Kellyanne Conway stands accused of doing.
With her endorsement of Alabama GOP Senate candidate Roy Moore and public statements denouncing potential Democratic candidates for president in 2020, Conway has crossed the line repeatedly. Henry Kerner of the Office of Special Counsel told Congress that, before Conway, the OSC had "never issued two reports on the same person" in the 30 years it has been independent. And while the OSC had found two minor violations by different officials during the Obama administration, "The Office of Special Counsel found Conway guilty of 11 Hatch Act violations in its recent report, and two violations in a 2018 report." It is with good reason that Kerner in his report recommended that Conway be removed from her post.
But for Conway and her Republican defenders, these gross Hatch Act abuses were nothing more than an ill-timed fart. Conway protested that OSC staff "want to chill free speech because they don't know how to beat him [Trump] at the ballot box." During a hearing by the House Oversight and Government Reform Committee, Republican Rep. Mark Meadows whined, "We have one standard for Kellyanne Conway and another standard for everyone else." His colleague Jim Jordan regurgitated the same talking point, proclaiming, "Ms. Conway's being targeted not just because she's a conservative, not just because she's in the Trump administration, but she's being targeted because she's good at what she does." As Smith summed it up:

After the Office of Special Counsel recommended that White House adviser Kellyanne Conway be removed from her position for repeated violations of the Hatch Act, President Trump told the "Fox & Friends" television program, "I'm not going to fire her," adding, "I think you're entitled to free speech in this country."
Conway had already signaled her lack of concern for the Hatch Act, which requires federal employees to refrain from using their public positions to engage in political activity. Responding last month to reporter questions about her track record of ignoring the act, Conway replied: "Blah, blah, blah. ... Let me know when the trial starts."

Conway's trial hasn't started yet, but a subpoena has been issued for her to appear before Chairman Elijah Cummings' Oversight and Government Reform Committee. Meanwhile, right-wing attempts to paint the OSC's Kerner as someone with a vendetta seem doomed to fail. After all, Kerner was a staffer for the same committee during the chairmanships of Republican hatchet men Jason Chaffetz and Darrell Issa. And, as it turns out, Issa was one of the GOP's most aggressive defenders of the party's own Hatch Act transgressors.
Continue reading at Daily Kos.