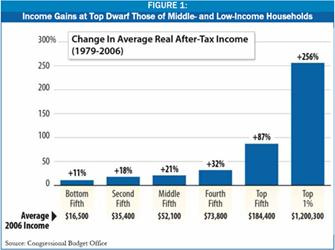 As FactCheck documented in detail, the Republicans' "scary claim" that the IRS will hire 16,500 new agents to enforce the new health care law "simply lacks any foundation in fact." But for a Republican Party which spent much of the 1990's successfully waging war on the Internal Revenue Service on behalf of the richest Americans, word of the agency's new "global high wealth unit" won't come as welcome news.
As Reuters reported Thursday, "Audits are underway at a new Internal Revenue Service unit set up to catch rich tax cheats hiding funds in tax shelters." That development comes on the heels of the U.S. crackdown on Swiss banking giant UBS and the subsequent amnesty program in which over 15,000 wealthy tax evaders sheltering income in over 70 countries came forward:

The so-called global high wealth unit, created late last year, takes aim at individuals hiding income using complex business structures, and is focusing on trusts, real estate, and other business entities controlled by individuals with assets in the tens of millions of dollars and more.
"The IRS is paying close attention to this population," Donna Hansberry [of the Chicago IRS office] told Reuters on Thursday.

And with good reason.
As David Cay Johnston explained in his 2003 classic Perfectly Legal, complex partnerships, not-so-blind trusts and dubious real estate schemes have helped the super-rich sidesteps billions in taxes, shifting the burden to lower and middle income Americans. And since then, income inequality in the United States has reached record levels. Adding insult to injury, thanks to the Bush tax cuts between 2001 and 2007 the richest 400 taxpayers in America saw their incomes double even as the rates they paid dropped by almost half.
But better late than never, the IRS has finally reversed its decade-long bias for the wealthy. As the AP reported in December, in its efforts to recover more than $300 billion in revenue lost to cheating, last year the IRS was less likely to audit those earning below $200,000 a year:

That's a far cry from a decade ago. Then, after the anti-IRS jihad led by Phil Gramm and Congressional Republicans, the agency put working Americans in its crosshairs.
As David Cay Johnston describes in his book, the GOP during the Clinton administration waged an all-out war on the IRS, turning the priorities for auditing Americans upside-down. As Senator William Roth's Finance Committee held hearings in 1997 and 1998, Mississippi's Trent Lott and Alaska's Frank Murkowski decried the IRS' "Gestapo-like tactics." Don Nickles of Oklahoma raged, "The IRS is out of control!" Congress went on to pass and Bill Clinton signed the IRS Reform and Restructuring Act in 1998.
Even as IRS Director Charles Rossotti warned Congress about an epidemic of tax cheating which had then reached $195 billion a year, Senator Gramm in May 1998 denounced the agency. Peddling myths of jack-booted IRS agents tormenting American tapayers, Gramm called on Rossotti to fire his 50 worst employees. Gramm concluded:

"I have no confidence in the Internal Revenue Service of this country. You do not have a good system. This agency has too much unchecked power."

As the New York Times recounted that spring, the plan to gut the IRS advocated by Phil Gramm and his allies was a popular political gambit, but almost certain to create incentives for tax evasion:

Mr. Gramm spoke at length of how he had ''no confidence'' in the I.R.S., remarks that were in sharp contrast to those of every other senator, who emphasized that the majority of I.R.S. workers were honest and most taxpayers law-abiding.
A variety of tax experts have said in recent weeks that attacks on the I.R.S., which polls show are a potent device to win votes and contributions for Republicans, give comfort to tax cheats and discourage honest taxpayers.

Which, of course, is exactly what happened.
Those reforms in essence gave wealthier Americans carte blanche to cheat and fundamentally undermined tax fairness in the United States. Within one year, property seizures for unpaid taxes dropped by 98%. Liens were sliced by three quarters and levies on bank accounts by two-thirds. Johnston describes (p. 134) the overnight shift of tax policing onto poorer Americans:

In 1999, for the first time, the poor were more likely than the rich to have their tax returns audited. The overall rate for people making less than $25,000 a year was 1.36%, compared with 1.15% of returns by those making $100,000 or more...Over the previous 11 years audit rates for the poor had increased by a third, while falling 90 percent for the top tier of Americans.

By 2007, the amount of federal revenue lost to fraud and unpaid taxes catapulted to $300 billion. When Congressional Democrats sought expanded funding for the IRS to help stem the losses, the Bush administration and its GOP allies stopped the effort dead in its tracks.
And still the conservative crusade to save the rich continued. That same year, the IRS shed almost half of the 345 lawyers assigned to monitor the gift and estate taxes paid - or not paid - by those with some of the largest fortunes in the United States.
That effort to gut the IRS was simply class warfare by other means. Unable to permanently repeal the estate tax, the Bush administration instead sought to cripple enforcement. As the New York Times reported:

Six I.R.S. estate tax lawyers whose jobs are likely to be eliminated said in interviews that the cuts were just the latest moves behind the scenes at the I.R.S. to shield people with political connections and complex tax-avoidance devices from thorough audits.
Sharyn Phillips, a veteran I.R.S. estate tax lawyer in Manhattan, called the cuts a "back-door way for the Bush administration to achieve what it cannot get from Congress, which is repeal of the estate tax."

According to the Times, deputy IRS commissioner Kevin Brown confirmed the cuts, but claimed that "because far fewer people were obliged to pay estate taxes under President Bush's legislation." Brown also rejected as "preposterous" the notion that IRS looked the other way when it came to rich tax cheaters.
Sadly for Brown, the data suggests otherwise. Six years ago, the I.R.S. reported that 85 percent of large taxable gifts it audited shortchanged the government. And as the Times details:

Over the last five years, officials at both the I.R.S. and the Treasury have told Congress that cheating among the highest-income Americans is a major and growing problem.

Which comes as no surprise. As the Center for American Progress noted, the Bush tax cuts delivered a third of their total benefits to the wealthiest 1% of Americans. And to be sure, their payday was staggering. As the Center on Budget and Policy Priorities detailed, by 2007 millionaires on average pocketed $120,000 from the Bush tax cuts of 2001 and 2003. Those in the top 1% stashed an extra $45,000 a year. As a result, millionaires saw their after-tax incomes rise by 7.6%, while the gains for the middle quintile and bottom 20% of Americans were a paltry 2.3% and 0.4%, respectively. (Another CBPP study demonstrated that the Bush tax cuts accounted for half of the mushrooming deficits during his tenure in the White House.)
And as the New York Times uncovered in 2006, the 2003 Bush dividend and capital gains tax cuts offered almost nothing to taxpayers earning below $100,000 a year. Instead, those windfalls reduced taxes "on incomes of more than $10 million by an average of about $500,000." As the Times revealed in a jaw-dropping chart, "the top 2 percent of taxpayers, those making more than $200,000, received more than 70% of the increased tax savings from those cuts in investment income." So it should come as no surprise that the income share of the 400 richest Americans doubled over the past decade.
But while the IRS is finally showing signs of reversing years of preferential treatment for the rich, the Republican Party is more committed than ever to ensuring windfalls for the wealthy. Thanks to Republican obstructionism in the Senate on their behalf, the estate tax, which in 2009 will impact only 1 in 500 estates while generating tens of billion in revenue, will temporarily expire for one year after December 31. Rep. Louie Gomert (R-TX) suggested that's the way God wants it:

"Jesus never advocated the government go steal. He said 'you do it. Do it with your own money, don't steal it from somebody else.' And that is why this should not pass."

And for its part, the IRS won't be taking its eye off working Americans or their employers. As AP noted four months ago:
The IRS does not do random audits, but does conduct "research audits" that will test compliance in business tax categories. In 2010, the target will be payroll taxes, according to Steve Miller, deputy commissioner for enforcement.
As the Tax Policy Center pointed out, "three quarters of filers pay more in payroll taxes than in income taxes." Of course, for today's Republican Party, that constitutes "welfare."