Republicans Show How It's Done 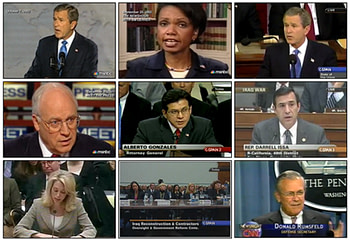 They say the best defense is a good offense. As the GOP prepares for its convention in Cleveland, Republicans have little other choice. After all, the Party of Lincoln is about to officially crown the pathological liar, race-baiting bigot and parasite posing as a populist Donald Trump as its nominee for President of the United States. Voters in Ohio and around the country would do well to remember that many of the GOP's best and brightest are shunning the Buckeye State altogether rather be seen trying to defend the indefensible.
Which is why Republicans and their water carriers are launching an all-out attack on Secretary Hillary Clinton over her email practices at the State Department. When Rep. Trey Gowdy's $7 million Benghazi Committee finally wrapped up the eighth and final investigation to find no wrongdoing in the tragedy that claimed four Americans in Libya, the manufactured uproar over the Justice Department's conclusion that Clinton's ill-advised email server did not constitute a basis for criminal prosecution became the only arrow left in the Republican quiver.
So while Donald Trump baselessly accused Clinton of bribing Attorney General Loretta Lynch, his hit-man Carl Paladino tweeted, "Lynch Loretta Lynch." Meanwhile, House Speaker Paul Ryan (R-WI) and House Committee on Oversight and Government Reform Chairman Jason Chaffetz (R-UT) demanded FBI Director and former Bush Deputy General James Comey explain to Congress why he refused to charge Secretary Clinton. On the op-ed pages, Bush torture enthusiasts Michael Mukasey and Marc Thiessen predictably produced bogus indictments of their own. And on TV, Mukasey's predecessor Alberto Gonzales, perhaps best-known for telling the Senate "I don't recall remembering that" about the Bush administration's U.S. Attorneys purge he oversaw, questioned Comey's "credibility and judgment."
But as the Party of Trump gets the band back together to smear Hillary Clinton, it's worth recalling just how effective this same cast of characters was on defense. After all, while suffering only a few prominent casualties like convicted felon Scooter Libby, the administration of Republican George W. Bush managed to survive 8 years of almost non-stop scandals. From its historic failure on 9/11, the manipulation of Iraq intelligence, the prosecutors purge and 22 million missing emails to the Abramoff affair, Plamegate, illicit NSA domestic surveillance and so much more, Team Bush weathered it all.
Here, then, is a look back at just 15 of the tactics Republicans used to get it done.
Continue reading at Daily Kos.