The explosion of scandals engulfing the Banana Republicans is producing a growing body count.
In just the last week, California Congressman Randy "Duke" Cunningham resigned his House seat after pleading guilty to taking over $2.4 million in bribes from defense contractor MZM. Jack Abramoff partner Michael Scanlon entered a guilty plea for his role in swindling Native American tribes, a turn of events that may imperil a host of others in Congress, including Ohio Representative Bob Ney. Meanwhile, the PlameGate/CIA Leak case may still produce more indictments in the Bush White House.
With the 2006 mid-term elections approaching, the Republican rap sheet is not a pretty picture: 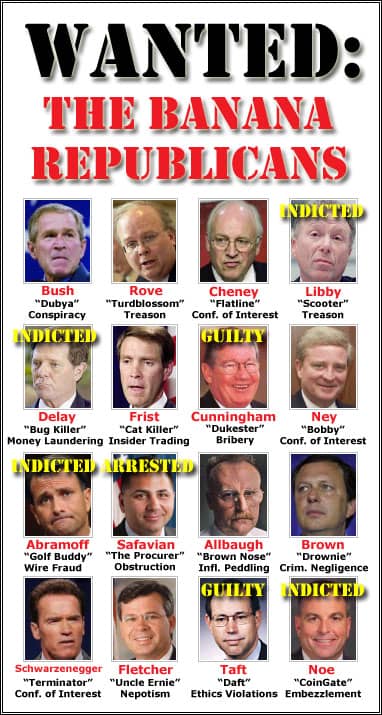