These are just some of the things that made me barking mad this week: 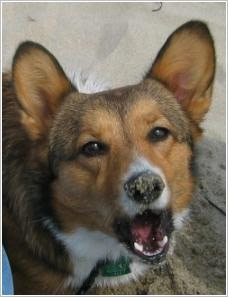 Despite the pompous claim by Rudy Giuliani that he was at Ground Zero "as often, if not more, than most of the workers," a review of his mayoral archive showed he was at the Word Trade Center site only 29 hours between September 17, 2001 and December 16, 2001.
Speaking of Rudy Giuliani, aside from the likes of Joe Conason and Fred Kaplan, the self-proclaimed mayor of 9/11 seems to be getting a free pass from the mainstream press over his reckless, delusional national security screed in Foreign Affairs. Meanwhile, the media's double-standard posing as conventional wisdom labels Barack Obama "inexperienced" over his comments on Pakistan and nuclear weapons.
Meanwhile, the release of Donald Rumsfeld's short and Iraq-free resignation letter confirmed once again that President Bush lied to the American people - and his Republican colleagues - about the departure of his former Defense Secretary. Despite pleas from desperate GOP Congressional candidates to sack Rumsfeld before the 2006 mid-terms, President Bush on November 2 praised his Defense Secretary as "fantastic," only to fire him the day after the electoral debacle. As it turns out, Bush then claimed to have been in discussions with Robert Gates for weeks while Rumseld's letter showed he stepped down the day before the voters went to the polls.
Linda Chavez reminded Americans why she would have been the ideal Republican Secretary of Labor for President Bush. In 2001, Chavez withdrew from consideration after revelations she hired an illegal alien to work in her home. Now, the Washington Post details how the disgraced Chavez used a network of right-wing PACs to pocket millions for herself and her family, while delivering only $242,000 out of the $24.5 million (1%) she raised to conservative candidates and causes.
Speaking of the Bush cabinet disgraces, Alberto Gonzales has lied to Congress yet again. FBI Director Robert Mueller's notes of his March 10, 2004 visit to a hospitalized John Ashcroft describe the incapacitated Attorney General as "feeble" and "barely articulate." Gonzales, of course, told the Senate Judiciary Committee last month a different tale about his mission as White House Counsel to harangue the seriously ill Ashcroft over acting AG James Comey's refusal to bless President Bush's illegal NSA domestic surveillance program. Ashcroft, Gonzales fibbed, was "lucid" and "did most of the talking."
Dick Cheney continues to do a lot of talking - about Iraq and the removal of Saddam Hussein. While the Vice President assured Americans in 2003 that U.S. troops would be "greeted as liberators," Cheney in 1994 and 2000 instead defended President George H.W. Bush's decision not to drive to Baghdad and topple Saddam in 1991. Let's go to the videotape: "How many additional dead Americans was Saddam worth? Our judgment was not very many, and I think we got that right."