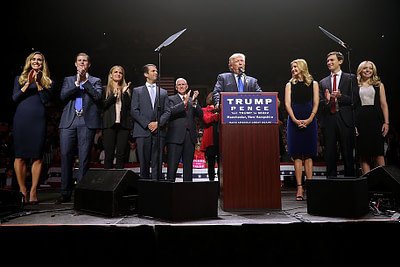 Republican leaders in Congress may not be ready to abandon Donald Trump, but there's little doubt about their growing discomfort with the president of the United States. Supposedly shocked by Trump's coddling of white supremacists in the wake of the violence in Charlottesville, Virginia, Tennessee Sen. Bob Corker questioned Trump's ability to either the "demonstrate the stability" or "competence" required of presidents. A sheepish House Speaker Paul Ryan told a CNN town hall that Trump "messed up" in his handling of the neo-Nazi thuggery in Virginia and proclaimed, "This bigotry is counter to all this country stands for." Senate Majority Leader Mitch McConnell, under assault from Trump after the GOP failure to repeal Obamacare, hasn't spoken to the president in weeks and, according to the New York Times, "privately expressed uncertainty that Mr. Trump will be able to salvage his administration after a series of summer crises."
With the summer Congressional recess about to end, the GOP's best and brightest are planning a post-Labor Day payback for the president. His punishment? A massive tax cut windfall for the wealthy that will redirect billions of dollars from the United States Treasury to Donald Trump and his children.
As it turns out, that outcome would represent another broken promise for Donald Trump. Two years ago, candidate Trump unveiled the first of three versions of what would become his tax reform program. (According to analysts, that budget-busting blueprint would generate up to $12 trillion in new national debt in the ensuing decade.) On Sept. 28, 2015, he made this pledge to the American people:

"It reduces or eliminates most of the deductions and loopholes available to special interests and to the very rich. In other words, it's going to cost me a fortune -- which is actually true -- while preserving charitable giving and mortgage interest deductions, very importantly." [Emphasis mine.]

Now even without access to Donald Trump's tax returns, then as now it was impossible for his guarantee to be true. As we'll see below, Trump's is a Four-Pinocchio Lie both because of the way he makes his money and the changes he's proposing to the tax code.
Continue reading at Daily Kos.