With the Karl Rove PlameGate scandal now in high gear, the Bush White House and the GOP leadership as usual have everyone singing the same tune. Over the last three weeks, their latest smash sound bite hit, "Don't Prejudge An Ongoing Investigation", has jumped to the top of the charts: 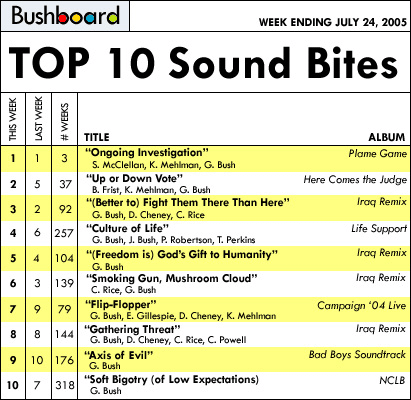 "We can't prejudge this. We need to wait. We need to allow this prosecutor to do his job. And that's why I thought it was outrageous and wrong that folks were trying to prejudge it and smear Karl Rove last week....In this case what we know is most appropriate is that Karl Rove and the others at the White House are cooperating fully with the investigation."